Writing to the editor of the New York Times in late 1944, Charlie requested that his “To Winston Churchill” be published in both the Times of London and New York. The simultaneous publication, he wrote, could “make a complete international gesture.” As Charlie would later write to MIT Chairman Karl T. Compton, “one of my efforts has been Anglo-American, as well as world[,] fellowship.” Charlie certainly held a lifelong interest in international diplomacy and goodwill (in fact, it wouldn’t surprise me if he were a supporter of the United Nations when it was created after the Second World War). However, nothing came of Charlie’s plans for an “international gesture.” The Times rejected his poem for publication.

But 1949 presented a new opportunity for Charlie’s poem to be read and appreciated, and MIT Chairman Compton would prove vital in this respect. That year MIT held a convocation for members of the scientific community “to appraise the state of the post-war world, [and] to consider the progress of scientific enterprise.” The event’s keynote speaker was Winston Churchill.

In a letter to Compton written prior to the convocation, Charlie asked if his poem might be read at the event or passed along to Churchill at the dinner that evening. Replying after the convocation, Compton wrote, “I was very glad to receive your verses dedicated to Winston Churchill. I read them at the banquet on Friday night and gave him the manuscript.”

Not long afterwards, Churchill expressed his appreciation of the poem in a letter to Charlie. (That very letter is on display at the Gibson House Museum.) No doubt overjoyed to have received this positive response from the prime minister, Charlie replied with a (much longer) letter of his own, noting, “I am glad my inadequate Lines have been so well received, because, as the occasion suggested, I attempted to epitomize your great efforts to avert the Second World War.”

As Charlie explained to Churchill, he often studied the prime minister’s speeches and addresses, and wrote the poem as a way to express his great admiration and respect for him. It is clear from Charlie’s poetic tributes to both Roosevelt and Churchill that he regarded the two men as great saviors who protected and guided mankind through the most destructive war in human history.

I.
Churchill, the greatest of all England’s sons
To guard her bastion and her battlements,
You were the one who warned her that the Huns
Would tear again the sacred lineaments
Of peace and in the hour of dire distress
Strode forth to battle, and your words impress
Upon a world half conquered unawares.
But now, unyoked, that would most gladly shares
The great burden, blasting through the skies
Opening at last on Allied victories.
You, the unconquered, shattered the grim fear,
Even as your grandsire, the great duke of yesteryear.

II.
Grasp the warm hand extended o’er the seas!
Columbia, your foster mother, sent
All she possessed, her darling child to please,
Bathed in the blood of our great sacrament
Sealed in the holy union of our souls,
To reach the realm of time’s victorious goals.
Joined as of yore in common woe we stand,
Firm in our faith, advancing hand in hand.
The genius of two branches of our race
Flows in our veins and rightly grows apace.
The soul of final Victory appears
In you, the symbol of two hemispheres. 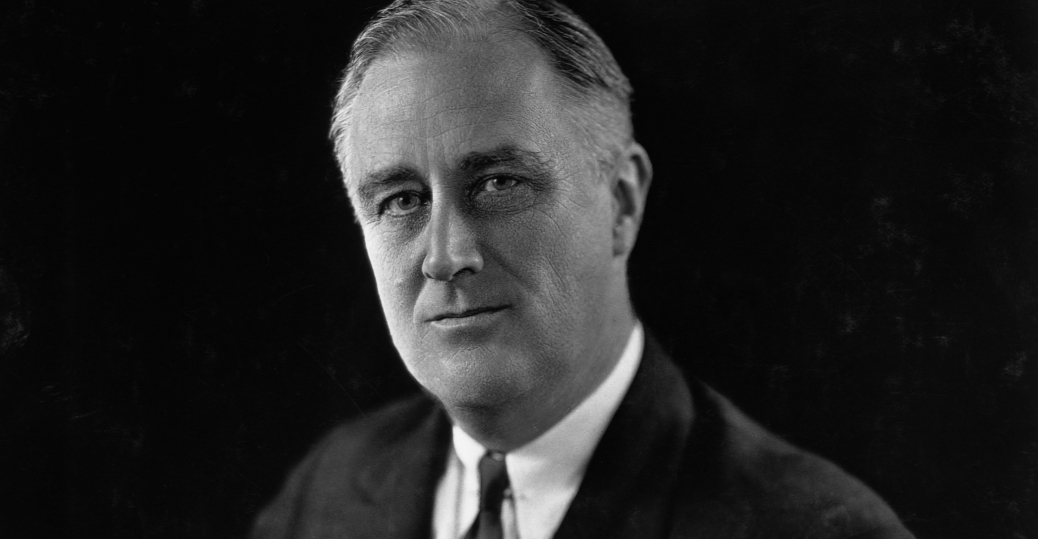 Visitors to the Gibson House will be familiar with the framed letters displayed in the dressing room on the third floor. When giving tours of the house, I always point out my two favorites. One is from Prime Minister Winston Churchill, and the other is from President Harry Truman. Both are short but serve to thank Charles Gibson, Jr. for poems he sent to them. Charlie wrote an ode to honor the English prime minister, which was read to him at a science convocation hosted by MIT. And after the passing of President Franklin Roosevelt, Charlie wrote a poem in his memory and sent it to Truman, Roosevelt’s successor.

Whenever I directed tour groups into the dressing room to show them the letters, I always wondered whether there were any existing copies of those poems and whether there were any way to find out why Charlie cared so much about having them read by these men. After all, couldn’t he simply have submitted the poems for publication in some newspaper? Fortunately, I was able to locate copies of these poems and related documents—including Charlie’s response to Churchill’s thank you note and the letter he sent to Truman with the FDR poem—in the museum archives.

In a two-part post, I want to share these poems and provide background information regarding their creation and why Charlie wanted to have them read by Churchill and Truman. This week I am focusing on Charlie’s poem on President Roosevelt, and in our next post, the one on Winston Churchill.

Near the end of the Second World War, on April 12, 1945, President Roosevelt died suddenly of a cerebral hemorrhage. Immediately afterwards, Vice President Truman was sworn into office to complete his predecessor’s term.

Upon learning the tragic news of Roosevelt’s death, Charlie composed some lines of poetry to express his grief at the passing of a man he so admired. Entitled, “In Memoriam,” they speak of a towering and heroic figure—a man martyred to his cause who “died to save the world.” Here Roosevelt appears almost as a messianic figure, who strode upon the world stage to defend it in its darkest hour. There is no mistaking that Charlie truly admired the man.

Shortly after completing the poem, Charlie sent it to President Truman along with a letter that helps explain why he did so. He wrote: “In begging you to accept my condolences, in the loss of our late beloved President, whose untimely death has plunged the whole world into grief, I am enclosing a poem in tribute to his memory.” As with his poem on the death of his nephew Lt. Warren Winslow (see “To the Heroes of the Sea,” September 17, 2015), “In Memoriam” was a means by which Charlie could express grief and contemplate the profound loss and tragedy of the Second World War.

Let the bells peal, if there be bells to tell;
They sing so seldom in this rubbled war,
Even with full Victory in store.
Let the drums’ ruffled roll
Accompany his soul.
Martyr to freedom and the cause of peace,
He died to save the world, with war’s surcease,
Rose to new heights on wings of adverse fate,
Turned to prosperity the sinking of the state.

The cherished memories of distant lands,
That held his premise high in their esteem:
His all untimely death to them must seem
A light extinguished on the desert sands,
For not alone America his sphere.
Even the good neighbor lived not only here.
God fearing, the whole world looked on his smile,
And recognized a charm that could beguile.
A fount of human sympathy is quenched;
With tears a freedom-loving world is crushed and drenched.

Friend of the friendless, protector of the poor,
The more abundant life for them was sure;
A rock in the dark waters of our age, he stood,
A master architect of peace, a force for good.